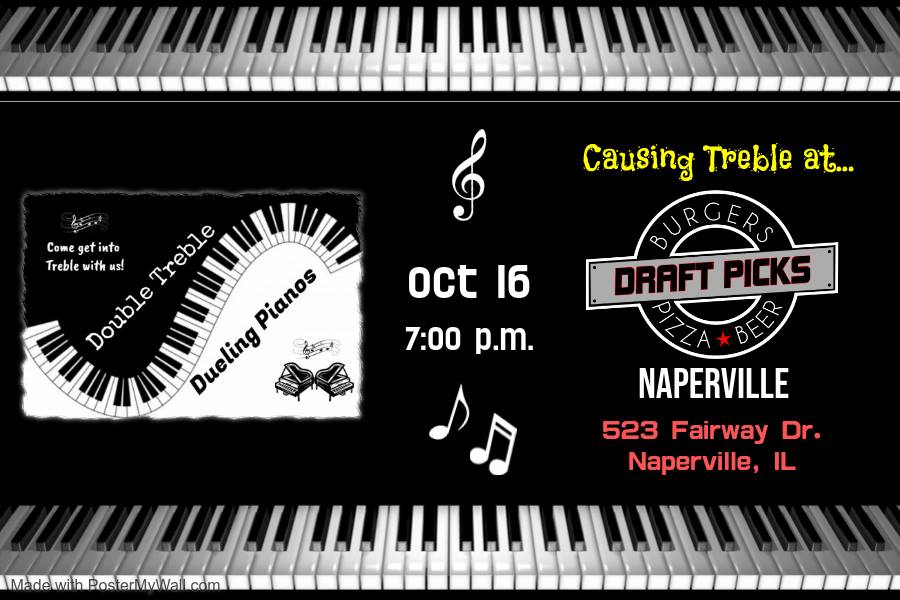 We’re excited to be causing Treble again in Naperville at Draft Picks! We’re just two pianists who take turns squaring off for an evening of musical fun and high-brow/low-brow comedy where the audience becomes part of the show. We’re there merely to facilitate a memorable night blending a dash of stand-up comedy and a heaping serving of sing-along, clap-along fun for all of the Treblemakers.